Ok, work with me here on this one.

A couple weeks ago, the family went to see Godzilla: King of the Monsters (in IMAX, of course).  It was a hugely exciting experience for the three kaiju fans in the house…and my beautiful wife endured it for the opportunity to see us so giddy.  The movie did not disappoint me and I honestly look forward to getting the chance to see it on the big screen again.

The movie was full of Easter eggs and homages to the old movies (there are 34 others, by the way; most people don’t know that), including the use of one of the most important and persistent themes: Godzilla as metaphor for humanity’s failed stewardship of the planet.

I need to do some spoilers for the movie here, but by this point you’ve likely either seen the movie or don’t care about the plot, so here we go.  It turns out that the giant monsters on the earth have always existed as a sort of balance for the ecological health of the world.  When a scientist throws in with a group of ecological terrorists, they plan to unleash all of the monsters to wipe out humanity and give the planet a fresh start.  However, they failed to account for an otherworldly monster named Ghidorah that has been imprisoned on the earth since pre-history.  When it is released, it takes control of the other monsters and sets about its plan to re-shape the world.  Godzilla, Ghidorah’s ancient rival, rises up to defend the world.  When the dust settles finally, it is revealed that peaceable relations between humans and monsters have started to heal the ecological devastation of the Earth.

Giant monsters as a metaphor for the environment, ecological balance, and a check on humanity’s hubris? Maybe that’s a little odd, until you remember that Godzilla was originally a horror movie about a monster born as a result of the American nuclear weapons used on civilian populations in Japan in 1945.  Less than 10 years after that event, the terror and scars of nuclear abuse were still all too real.  For decades afterwards, Japanese filmmakers returned to ecological balance as a theme again and again, always paired with the foolishness of human confidence in technology unchecked.

These themes perfectly complement Catholic teaching in general, and in particular Pope Francis’ Laudato Si.  To me, the best part of that document is when he talks not only about ecology in the traditional sense of the word, but specifically of human ecology (a term originally used by John Paul II in Centesimus Annus).  In paragraph 155, Francis says, “Human ecology also implies another profound reality: the relationship between human life and the moral law, which is inscribed in our nature and is necessary for the creation of a more dignified environment.”  King of the Monsters aptly demonstrates the connection between the natural environment and the moral environment in the decisions made by overeager scientists, the military, scientists looking to preserve balance, and terrorists who have no respect for human life.  There is an intimate web of relationships between persons and the environment that needs to be nurtured with the cardinal virtue of prudence.

The movie even gives us an appropriately Satanic figure in Ghidorah, an alien to this world, who seeks to destroy both humanity and natural order, who became a temptation to go beyond the bounds of wisdom, and who is more powerful than humanity alone can withstand.  As a result, the human race needs to rely on a power greater than itself in order to save the world.

Godzilla as Christ-figure? Well, the movie doesn’t actually shy away from such imagery at all, but I don’t think you need to go as far as that.  It’s sufficient for us to realize that we are not the rulers of the earth, but merely its stewards.  We are beholden to a power greater than ourselves, and only respectful submission of mind and will to the Creator can assure us a peaceful existence as persons and as communities.

Long live the King! (And long live Godzilla, too.)

So what has everyone been up to? 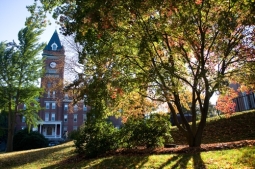 As I noted in my last post, I had to take some time away from posting here to work on another project.  That went pretty successfully, so I have some freedom to come back here.  I didn’t make it back before the end of Lent: I barely made it back before the end of Easter! For those who had a chance to use my Lenten reflection booklet, I hope it was a good companion on your journey.  It seems a little odd to me that we have books of reflection for Advent and Lent, but not ones for the joyous and glorious seasons of Christmas and Easter.  Hmmm…this is something to mention to my editor…

I do have an Advent booklet coming out at the end of the year (though I do not know its final published name yet) and I will be writing another Lenten booklet this summer.  Look for those.

It’s been a busy time if you are an ecclesiologist: Pope Francis has issued a new motu propio and a new draft on structural changes at the Vatican.  I have not yet had the opportunity to reflect seriously on them yet.  There are a couple things that seem very positive, but others that I’m still apprehensive about.  I wish I could approach texts like this with greater openness.  I need to trust the Holy Spirit more.

It’s always a busy time if you are a moral theologian.  Here in the diocese of Worcester, I had the opportunity to be with Bishop McManus when he presented on the topic of transgenderism at the yearly bioethics conference sponsored by Healthcare Professionals for Divine Mercy.  As I should have expected, this created another tempest in a teacup over what was really a very uncontroversial presentation of Catholic teaching on the subject.  Particular exception was taken to His Excellency’s use of the research done by Dr. Paul McHugh, who has become a high-profile target for suggesting that maybe we think more carefully about modernity’s obsession-of-the-moment: gender identity.  There should be nothing especially controversial about this either, but if a conversation on the subject takes as an indisputable starting point that gender is entirely a social construct with absolutely no meaningful basis in biology, there’s no room for meaningful discourse anyway – just shouting and arguing.

There remain legitimate questions about the best way to minister to persons in the Church who experience gender dysphoria.  This is the new version of the question of how to minister to persons who experience same-sex attraction.  There remains a fundamental divide between acknowledging the dignity of a person and loving him or her and accepting all their actions or their perceptions about reality.  But this is not how the mandated rules of public discourse function anymore: a rejection of a person’s act or a person’s point of view is a rejection of the person.  We are all mere summations of our attitudes and ideas; matter and form matter no longer.

So it continues.  The world remains in travail until the full revelation of the sons and daughters of God (Rm 8:22).  Let’s keep loving.